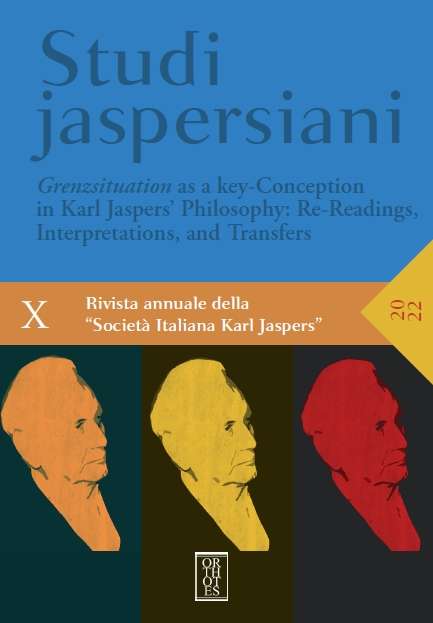 With the term Grenzsituation Karl Jaspers shaped one of the most famous concepts of his philosophy. At the same time, he delivered to the 20. century Existentialism a fascinating category, whose evocative power is far away from being exhausted.

Beginning by Jaspers’ thematization but without being limited to it, these issue of the Journal “Studi Jaspersiani” is dedicated to exploring whether and in which extent the meaning of such a category is still conceptually productive and valuable, inside and outside Jaspers’ thought and in and out of the philosophical field.

The aims of the issue are twofold: on one hand, there is the interest at relaunching the philosophical investigation on a category which is an essential joint in Jaspers’ philosophy for his comprehension of the human condition; on the other hand, the proposal of moving the category outside the philosophical perimeter of Jaspers’ thought expresses the interest in trying to make it fruitful both for the contemporary philosophy and for other disciplines.

In this frame, the idea of Grenzsituation has been confronted with the challenges and questions brought about by the contemporary world: from the literary to the psychological research, from the frontiers of justice to those of technology, from the historical interrogation to the environmental and social emergences.